Skip to content
You are here:Home-Featured, India, Political-Twitter Erupts With Laughter After Rahul Gandhi Hugged PM Modi And Followed It With A Wink

During the debate over no-confidence motion in Parliament, one unexpected, as well asa comical act by Congress President Rahul Gandhi, had raised the interest of public and media in this discussion. After his speech, Congress President Rahul Gandhi walked over to Prime Minister Narendra Modi and gave him a hug.
PM Modi was really shocked at this “gesture” by Rahul. He called him back and shook his hand along with some jovial chat with the Congress President.
However, Rahul did all this, after making a statement about PM that, “you all have a lot of hatred against me if you want you can call me Pappu or abuse me you can, but I don’t have any hatred against you.”
As expected, there were plenty of twitter reactions over this act, here are few: 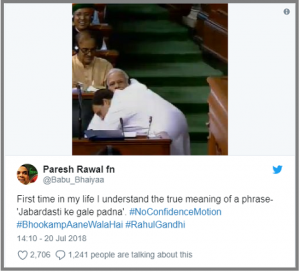 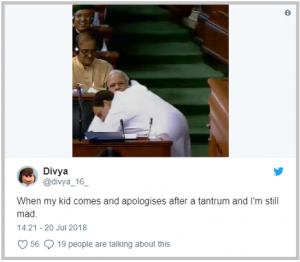 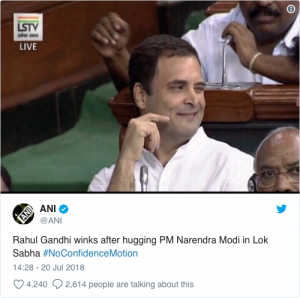 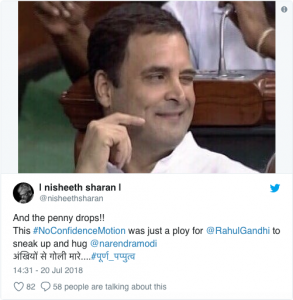 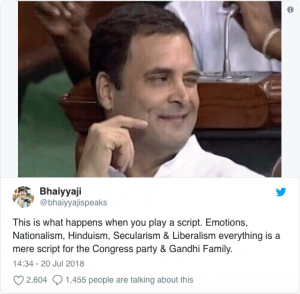 About the Author: Staff Reporter

Stay updated with all latest discussion, upcoming events & much more.

We Respect Your Privacy. We will NEVER share your email id with anyone.
*You can unsubscribe our emails anytime

Powered by Convert Plus